Julie Diesta, a member of the Vancouver Committee for Domestic Workers and Caregivers Rights, said in Global News, “The government’s ‘pathway’ programs, with their unfair language, education and work requirements, are traps that force workers to stay with exploitative employers and leave them in limbo, separated from their families, for years. We are done waiting — we need full and permanent immigration status for all migrants now.” 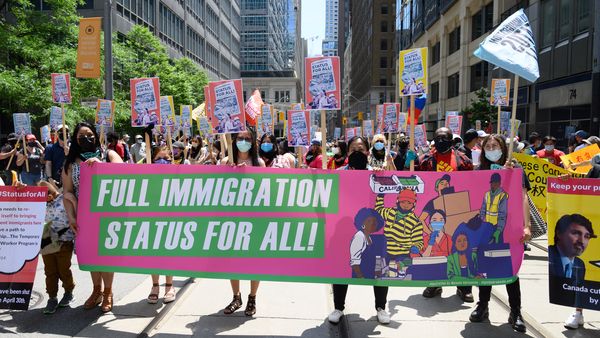 Hundreds marched in downtown Toronto from the Immigration and Refugee Board to City Hall with speeches, food and performances. More photos here and coverage in Toronto Star and CBC-Radio Canada. 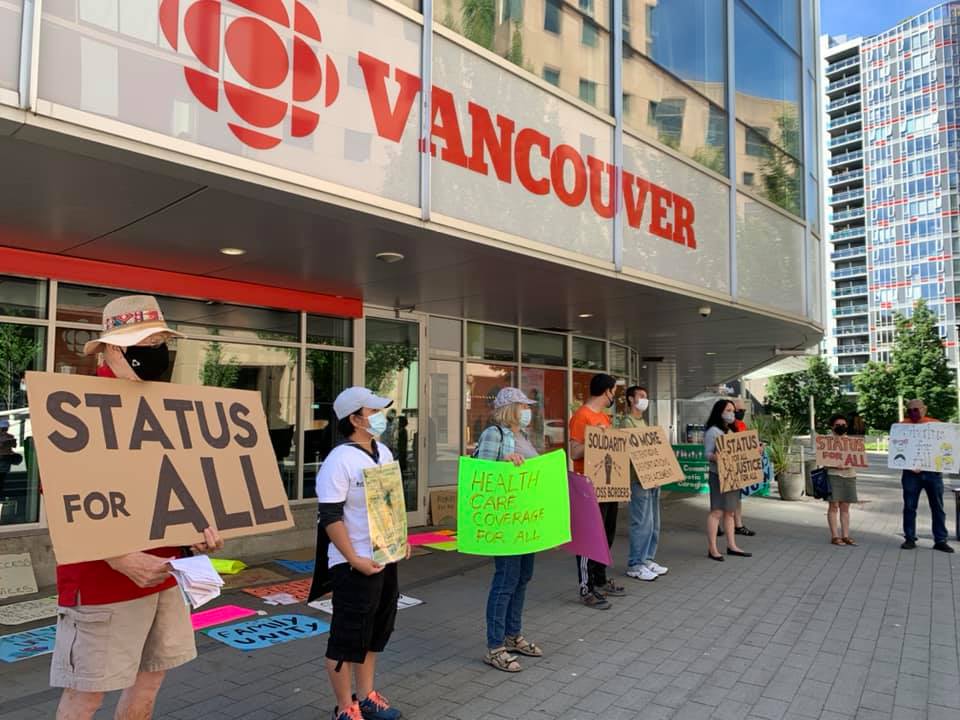 WHY WE TOOK ACTION:

It has been a year since we launched our call for full and permanent immigration status for all, and we have pushed the federal government to create immigration pathways that have resulted in status for some. But the vast majority of working class, racialized and particularly undocumented people are shut out of permanent resident status. As a result, we are without income support, workplace rights and even access to healthcare in a pandemic. We live under threat of deportation.

Earlier in May, the federal government created a path for 90,000 people to apply for permanent resident status.  Prime Minister Trudeau’s government now says that they have done enough. Migrants and allies must take swift action across the country to call for Status for All. The door has been opened a crack, we must push to make space for all of us.