The Conservatives are leading in the polls, and their plans for immigration are very worse than what they want you to believe.

(1) US border police in, refugees out

The Conservatives plan to start US style border patrols and expand the Safe Third Country Agreement making it even more dangerous for refugees to come into Canada. And they plan to grow a controversial program that would give armed US border police* the power to stop and arrest refugees inside Canada.

*Yes, the same US border police that jails children.

The Conservatives plan to scrap Canada’s entire government assisted refugee resettlement program. This will mean massive cuts to already insufficient support. The Conservatives plan to create instead a private and joint public-private sponsorship system which they say won’t mean less funding or fewer refugees. But we know from the last 20 years, more privatization means cuts to government assistance.

Migrants in agriculture, care work and other industries fell sick and died during COVID-19 because without citizenship they could not protect themselves. The Conservatives plan to make it even easier for employers to hire migrant workers on tied work permits with few rights. The Conservatives also want to make a “path to permanence” dependent on employer sponsorship. This means even more power for bad bosses who can use the promise of immigration as a carrot and a stick to further exploit migrants.

(4) Poor people to the back of the line

The Conservatives plan to make the immigration system pay-to-play. Rich people will be able to speed up their applications by paying more. Poor and working class people will have another disadvantage and be pushed to the back of the line, separated from our families and denied rights for years.

(5) Keeping out our parents and grandparents

The Conservatives plan to create new testing requirements for parents and grandparent unification. This means immigrants with elders who don’t have the resources to learn one of Canada’s official languages and take expensive tests at their old age will not be able to unite with their families.

The Conservatives plan to expand prison and police for migrants. Canada deported more people in 2020, during a global health pandemic, than in any of the previous five years. The Conservatives believe that Trudeau didn’t go far enough. They also want to add even more enforcement rules to visas which will mean more criminalization of people of colour. 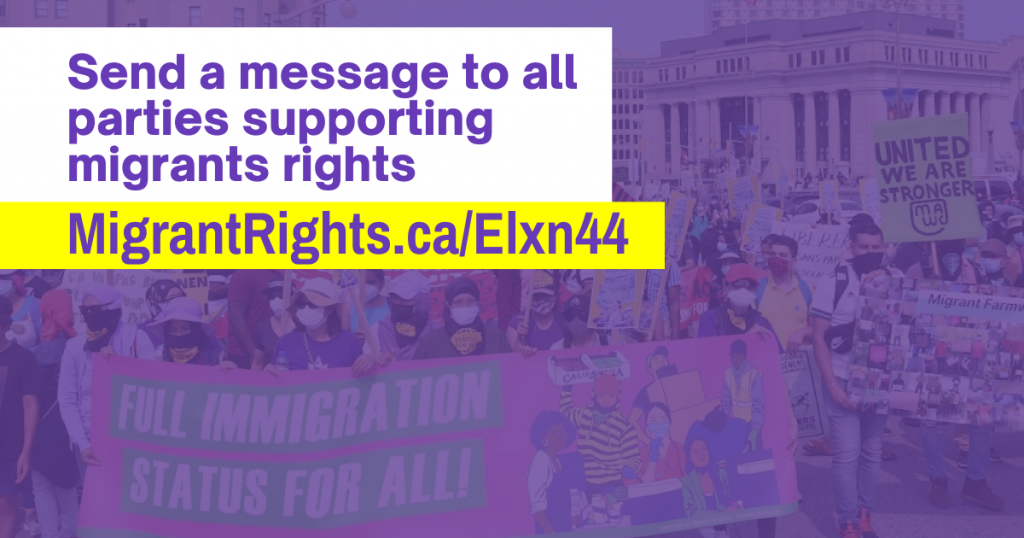