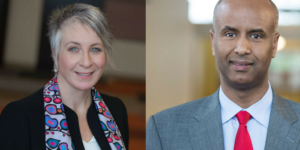 Canada — Immigrant rights groups across Canada are laying out a pressing agenda for incoming Immigration Minister Ahmed Hussen and Employment Minister Patty Hajdu, calling for a transformative turn towards ensuring permanency and mobility for all immigrants. Over 1.2 million people in Canada, the vast majority of immigrants, are on precarious and temporary immigration permits. Many are restricted to a single workplace, and therefore unable to assert their rights. Tapping into this under-utilized economic potential and ensuring that Canada meets its human rights obligations requires opening up work permits, and granting permanent residence both on arrival to incoming migrant workers and to undocumented immigrants and other precarious status migrants already in the country.

“The largest part of the immigration system is undocumented and temporary status migrants, and their precarious status directly impacts employment and the economy. That’s where the Ministers must turn their attention,” says Syed Hussan of the Migrant Workers Alliance for Change in Ontario. “We need an overhaul of the system, and not tinkering, and that begins with immediate steps to ensure permanent status for undocumented families and migrant workers in the country.”

Due to ineffective immigration and employment law, all low-wage Temporary Foreign Workers in Canada are stuck working for a single employer. It is difficult, if not impossible, for workers to change jobs even if the job is dangerous, making them sick, or if they are facing abuse.

“Creating an open work permit program for temporary foreign workers should be the first order of business for the incoming Ministers,” says Anna Malla of Caregivers’ Action Centre. “Doing so will ensure that all immigrants in Canada have the same basic mobility rights, and would be a major step in the right direction towards real change.”

Undocumented and temporary status immigrants in Canada who have proven work experiences and community ties in the country, many of whom do not have access to permanent residency, will be forced to eventually leave Canada. This is a massive drain on Canada’s economy as trained and experienced immigrants are pushed out in a revolving door immigration system.

“Permanent status for immigrants already in the country would immediately boost the economy, integrating skilled and established individuals and families who already work to take care of our communities,” added Josie Baker from Cooper Institute in Prince Edward Island. “Permanent status for undocumented and temporary status immigrants is the smart and effective move.”

The Coalition for Migrant Workers Rights Canada (CMWRC) is the representative body of migrant workers in Canada, with membership is six provinces.