From March 17-23, over a dozen communities across the country organized rallies, workshops, marches and forum to #UniteAgainstRacism.

We know that after decades of job loss, wage stagnation and service cuts, people across the country- regardless of our immigration status – are increasingly worried about the future.

Politicians are responding to this fear, not by raising wages or expanding public services, but by demonizing migrants and refugees. This divisiveness has created a dangerous political environment, and it must be stopped.

That is what we are doing. 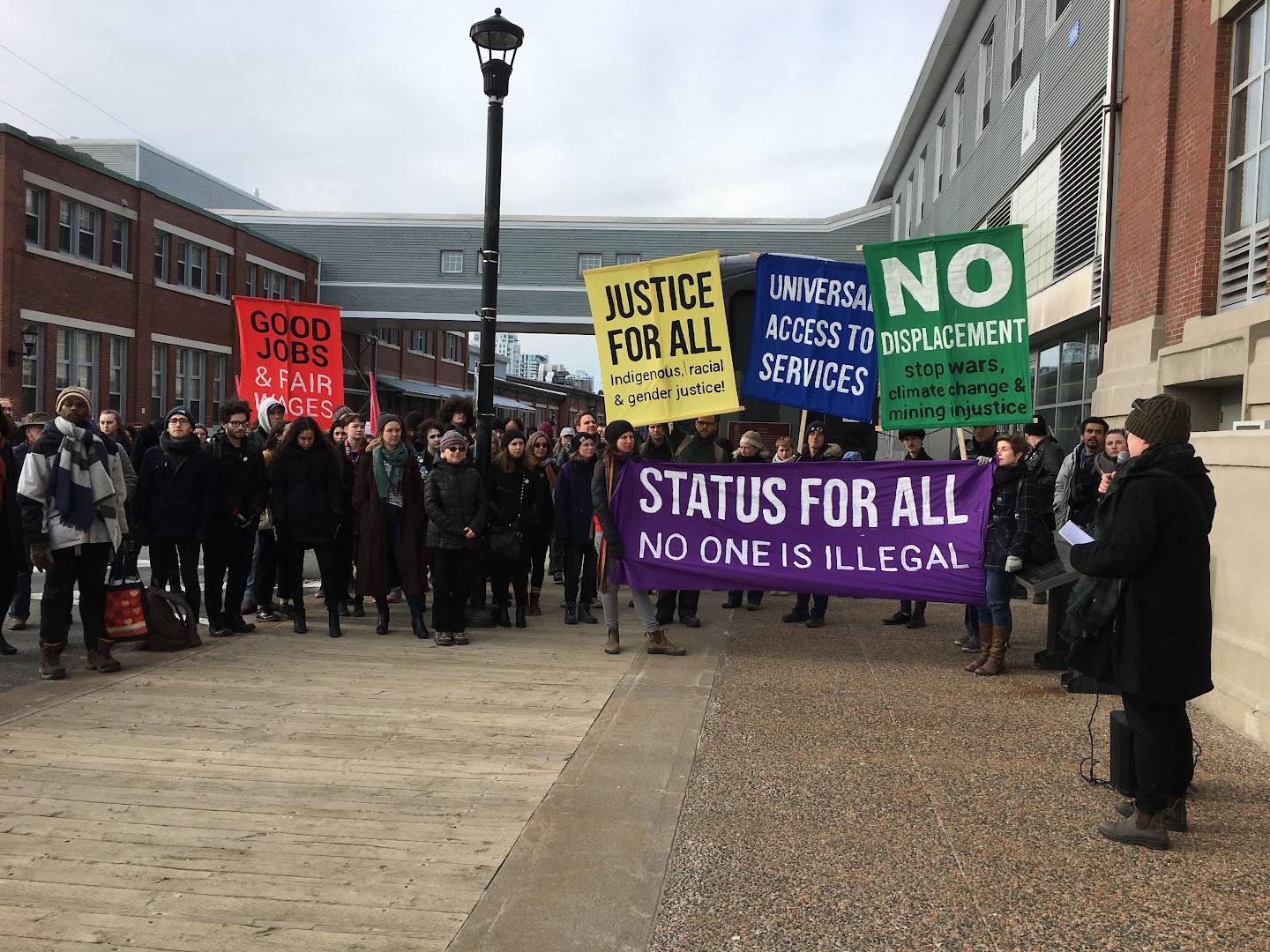 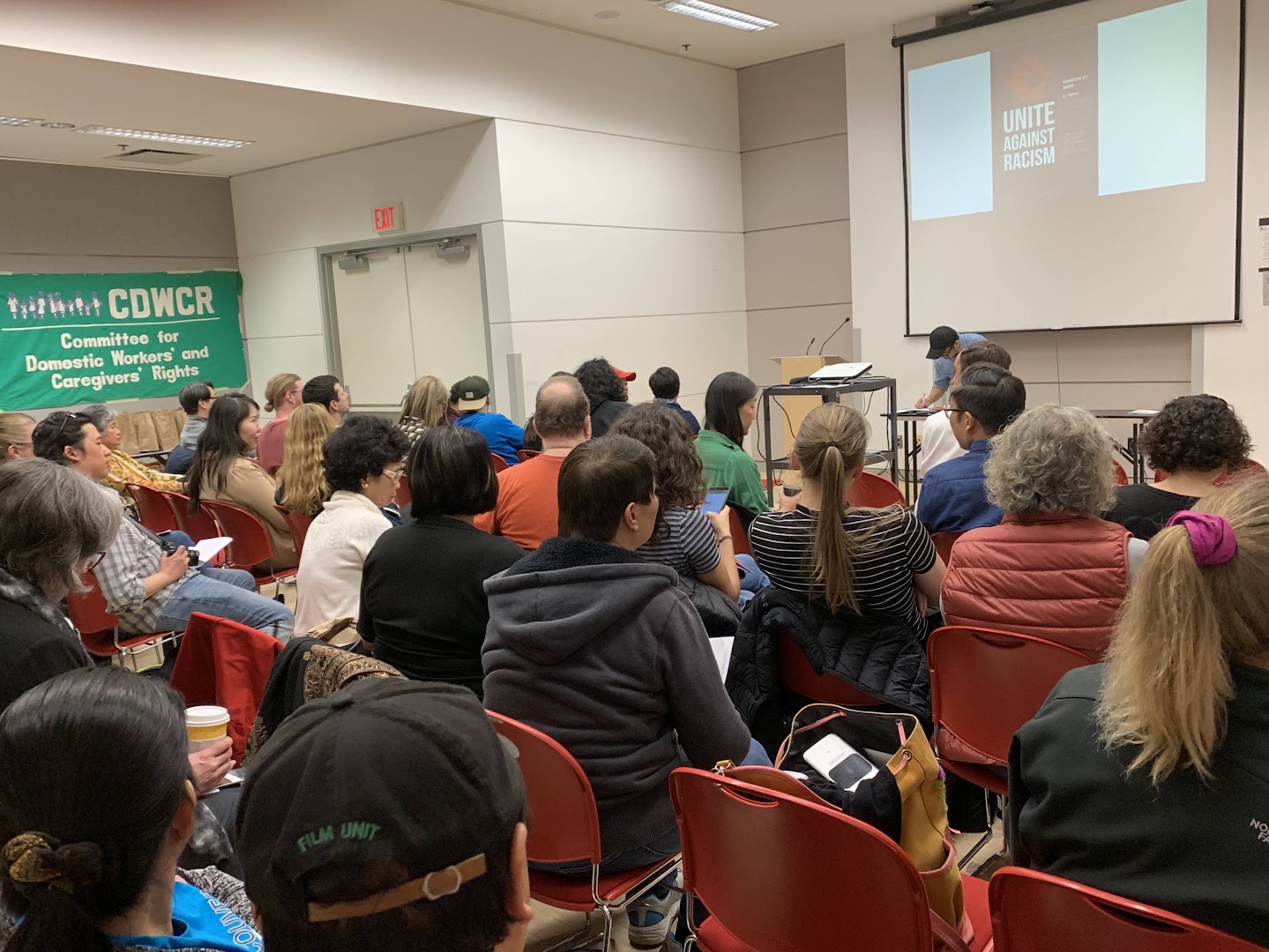 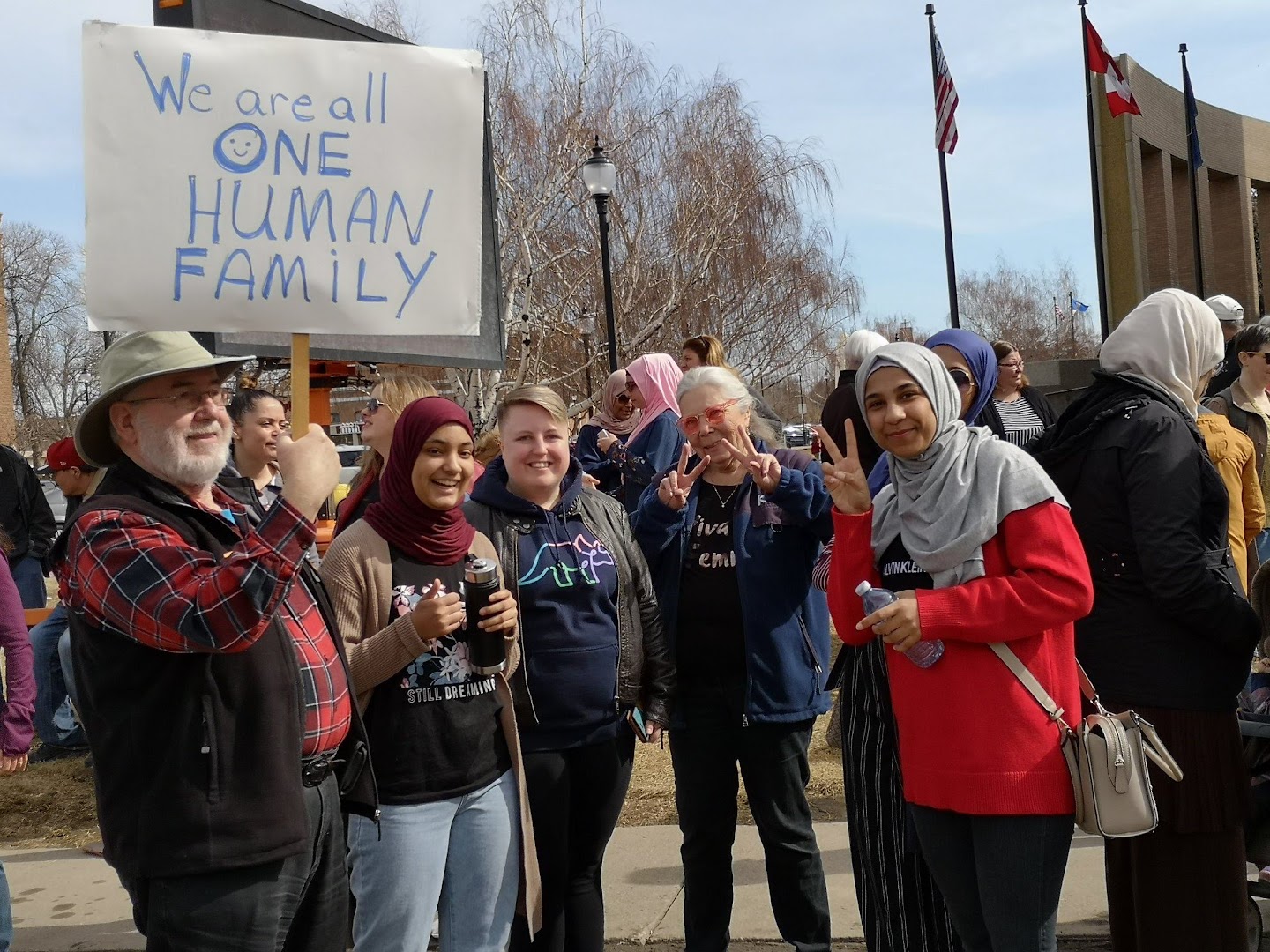 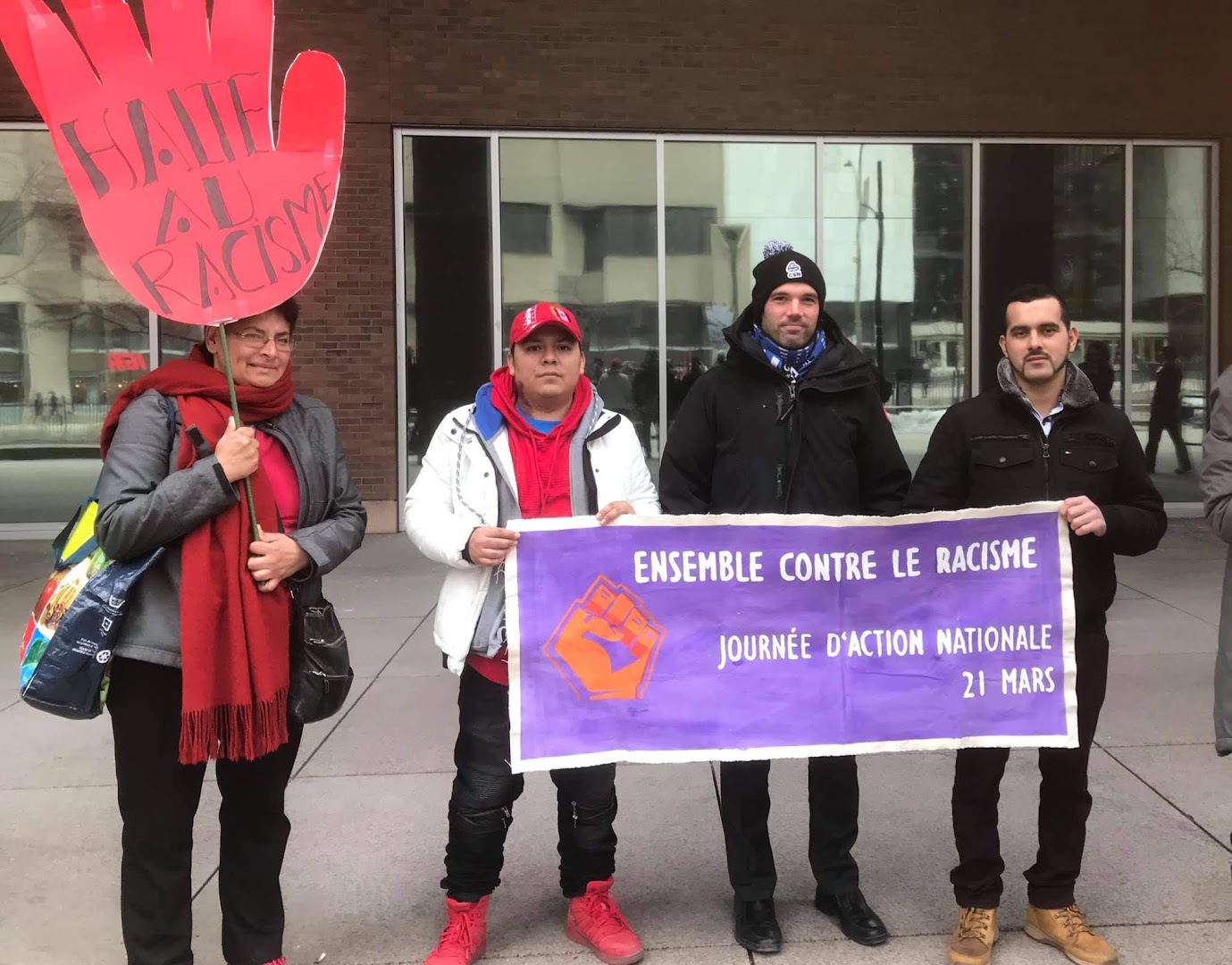 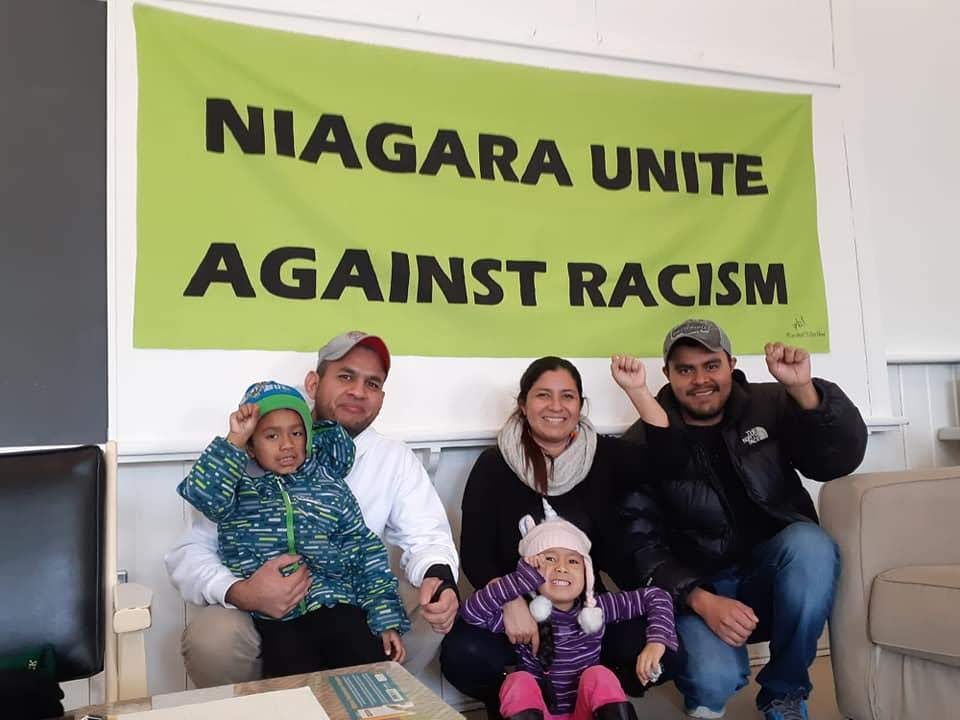 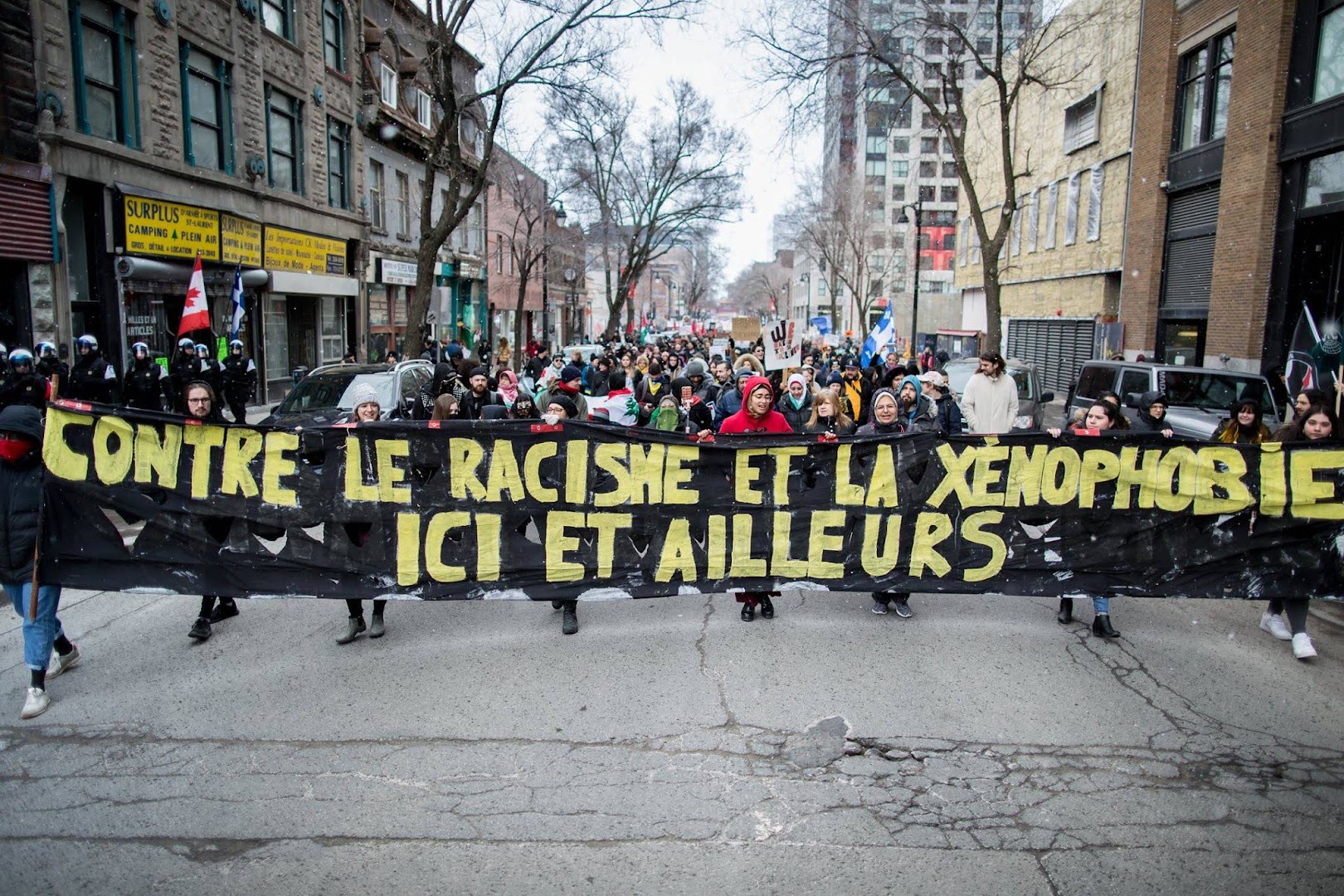 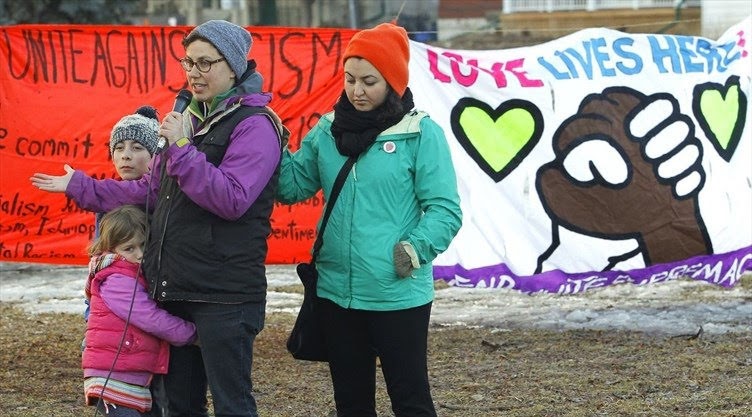 Our launch around March 21 has been given added urgency after the white supremacist attacks in New Zealand that left at least 50 Muslims dead. Since the Quebec City Mosque shooting in 2017, when 6 Muslims were murdered, and which served as a blueprint for the New Zealand shooter, police reported hate crimes have increased by 47% in Canada.

But it’s not just the ‘alt-right’. CAQ won a majority in Quebec after campaigning on an anti-immigrant and anti-Muslim platform. The recent federal by-elections saw increased racism. We cannot not allow political parties to repeat this disturbing and dangerous strategy in the upcoming federal election.

While migrants are blamed, the truth is that under current immigration policies, 700,000 people, over 70% of migrants who arrive in Canada each year, are shut out from basic services, such as healthcare and education, because of unfair temporary permits. This denial happens despite migrants and refugees paying for public services through municipal, sales and income taxes. Temporary and undocumented migrants have few labour rights and live in daily fear of detention and deportation.

Indigenous and racialized people suffer at every turn because of the systemic racism woven into the fabric of Canadian laws and policies. Women of colour continue to earn far less than white men. Black and Indigenous communities are unfairly targeted by police and imprisonment.

Decisions made in Canada have directly led to the escalation of the climate crisis, political instability and the global displacement of peoples.

DECENT WORK: $15 minimum wage, full labour rights and no employer specific or time limited work permits.
UNIVERSAL SERVICES: Full access to quality public services including healthcare, education, income security, childcare settlement services, pensions, and more for all residents.
STATUS FOR ALL, STATUS NOW: Permanent resident status and family unity for all migrants and refugees here, and landed status on arrival for those that arrive in the future. No detentions, no deportations!
JUST SOCIETY: Indigenous self-determination, gender justice, and an end to racism, particularly anti-Black racism and Islamophobia.
NO DISPLACEMENT: An end to practices of displacement and persecution that force people to migrate including climate change, wars, corporate impunity and economic exploitation.